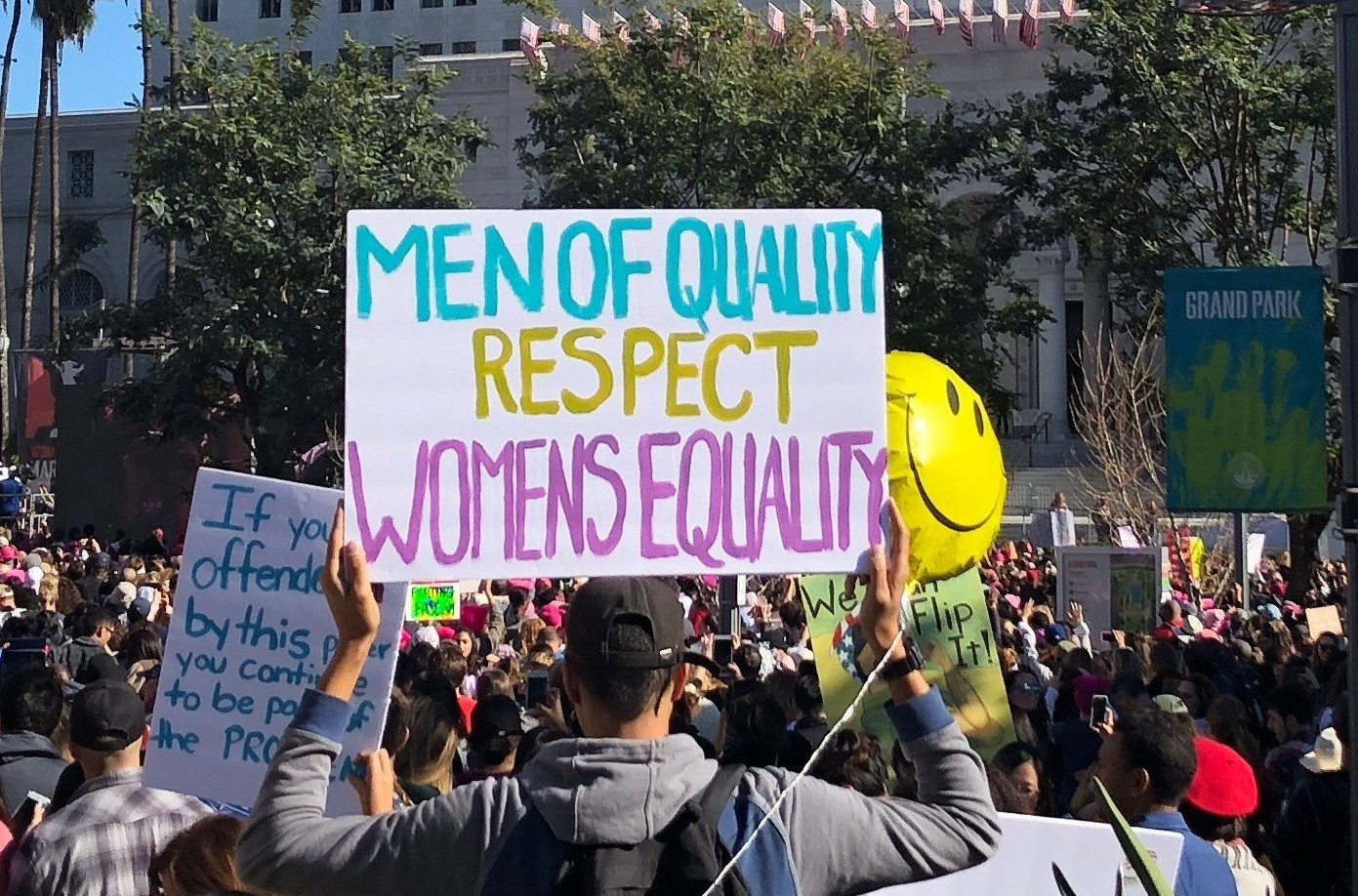 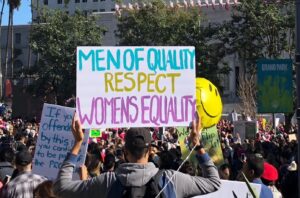 Saturday’s trip to the Women’s March downtown helped me understand the significance of public protest while confronting some of my own shadows. As we approached downtown I began to realize I was on a full day expedition and I was angry that I wouldn’t be able to accomplish ANY of the tasks on my to-do list (buy a part for the sink, find the paint for the shelf, work on re-recording my the vocals for one of my songs).  As we got closer to the main stage, I looked around for something to relate to and couldn’t.  The crowd was 90% women and many of them were wearing pink hats with cat ears.  An angry woman appeared to be screaming into the microphone on stage and I was miserable. The ‘shadow’ man in me was screaming LET ME OUT NOW!!! Someone, please LET ME OUT!!  Thankfully we found a playground for my daughter to play and the stage featured a beautiful young woman singing a soulful melody expressing the emotions of the crowd. My emotions connected to the crowd’s feeling and I tapped into the bigger picture.  This was an expression that was much deeper than what I could understand rationally.  It was a historic uprising of people standing against an age-old problem that needed addressing.  Oppression of woman, immigrants, poor people, the young and old was being exposed by people’s willingness to march, to speak out and to sing.  As the crowd swayed to the music I began to see and transform into a man of quality respecting women’s equality.